Explain models whose input is textual

A good way to see text expalantions in Deploy is to take the movie review example from the Seldon Core documentation. The example there makes the request using the seldon client but it can also be made from the Seldon Deploy UI with the following JSON:

The Seldon Deploy UI can then show a visual representation of the explanation: 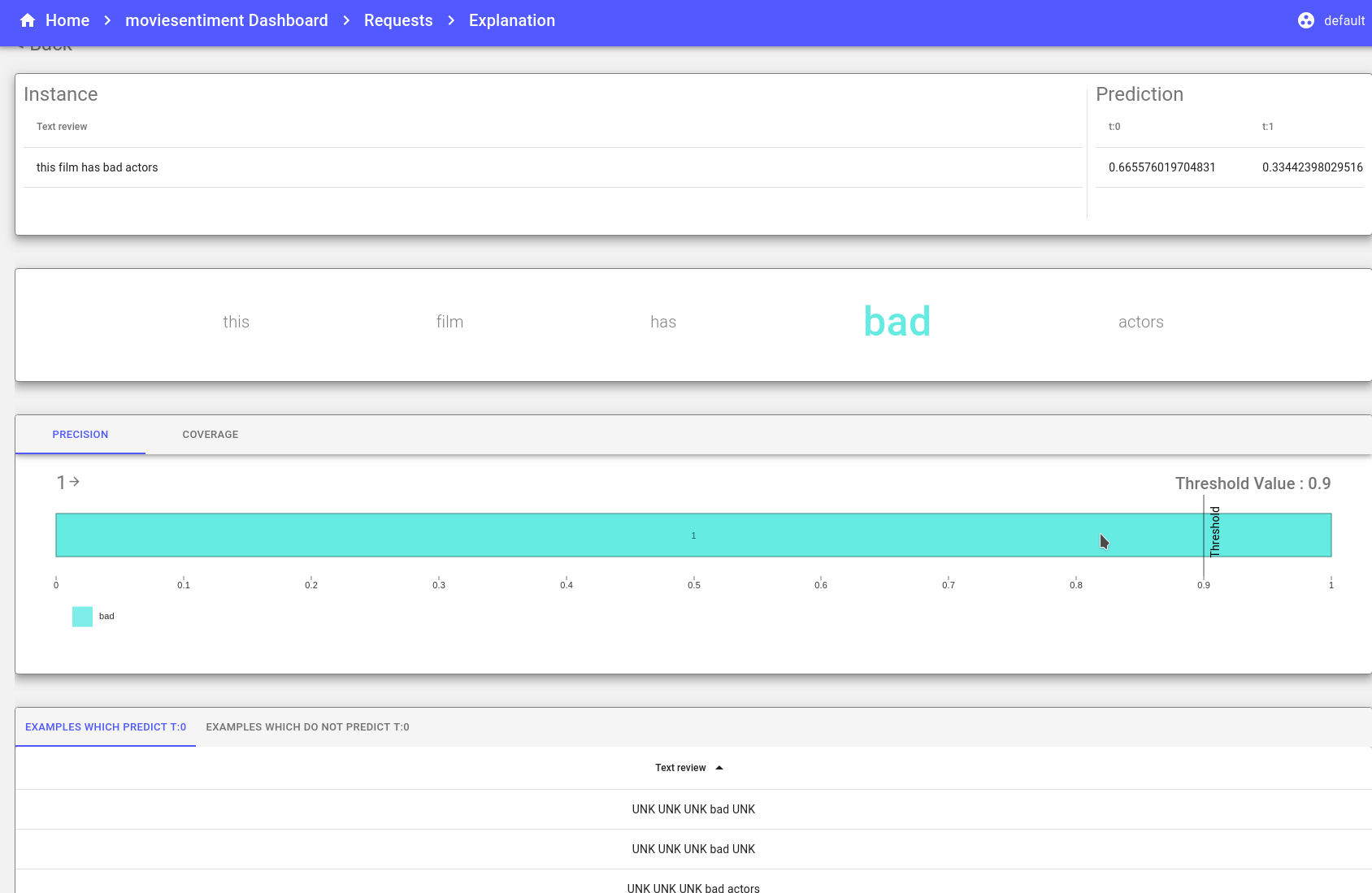 This clearly highlights that the word ‘bad’ is considered negative and that influenced the classification of the review as negative.

We provide an anchor text explainer demo with Seldon Core.

More can be seen about the methodology in the alibi documentation

We use cookies. Google Analytics is used to improve your experience and help us understand site traffic and page usage.

We use analytics and cookies to understand site traffic. Information about your use of our site is shared with Google for that purpose.You can read our privacy policies and terms of use etc by clicking here.